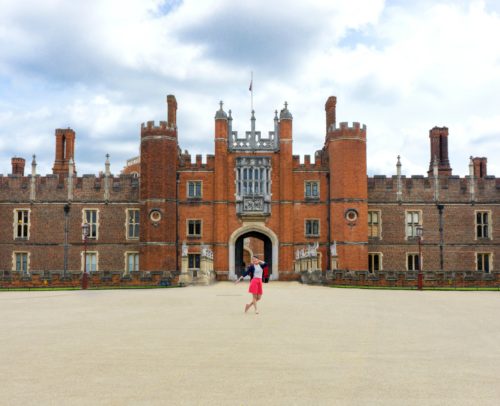 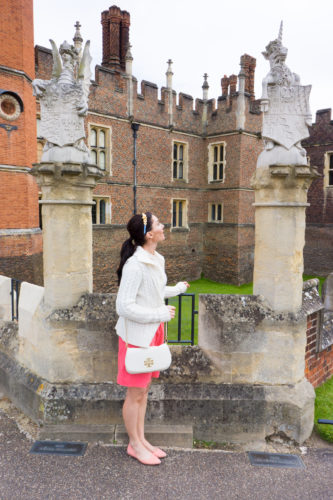 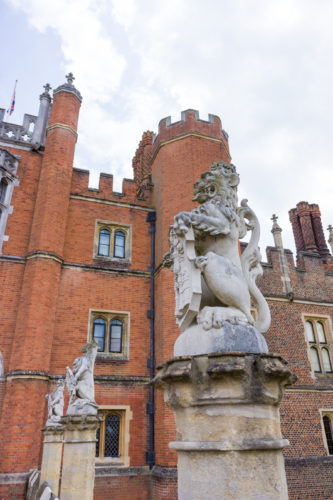 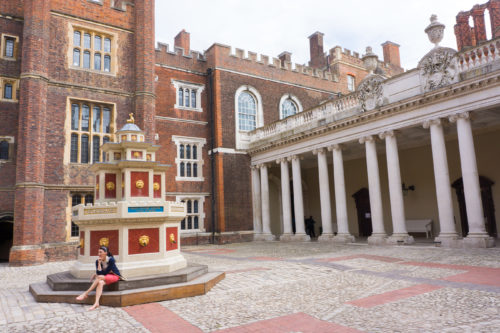 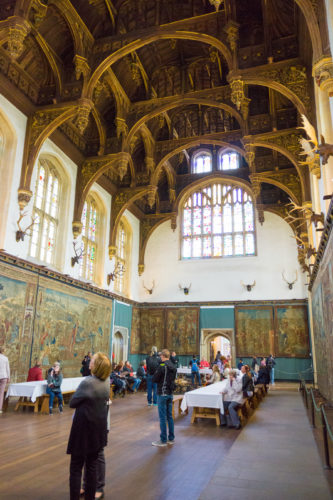 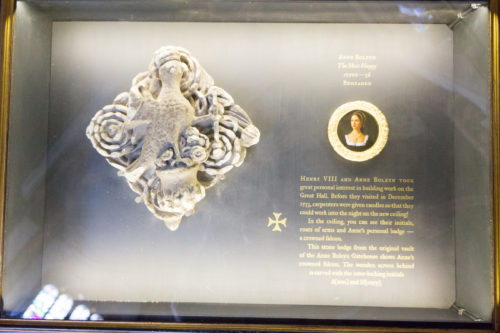 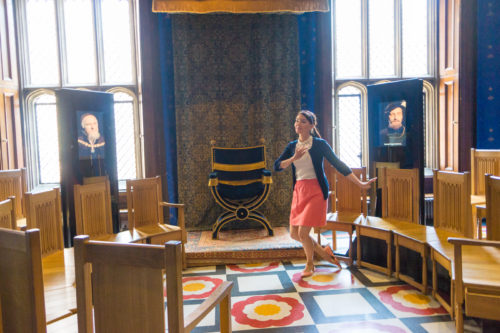 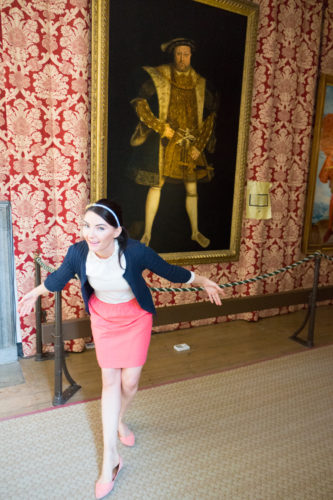 Bow to the king! 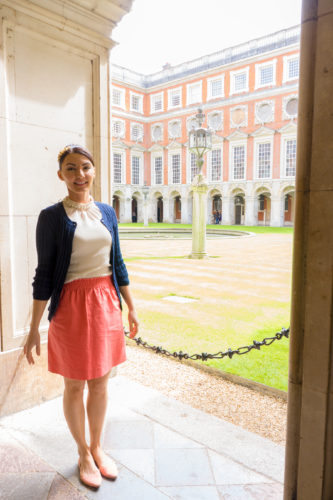 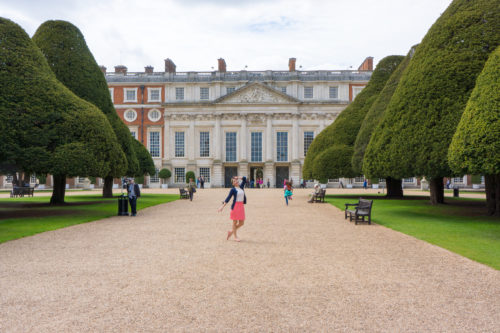 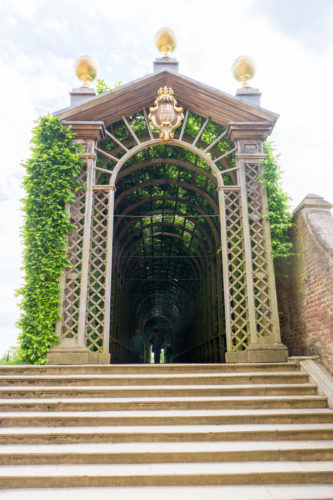 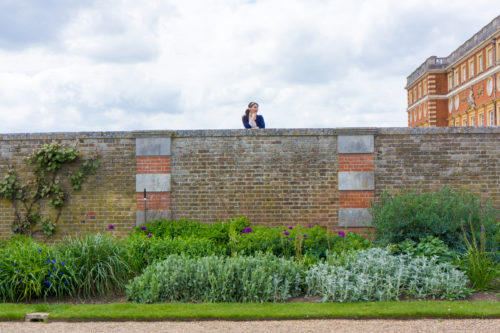 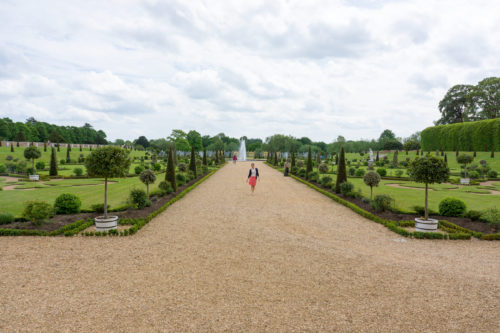 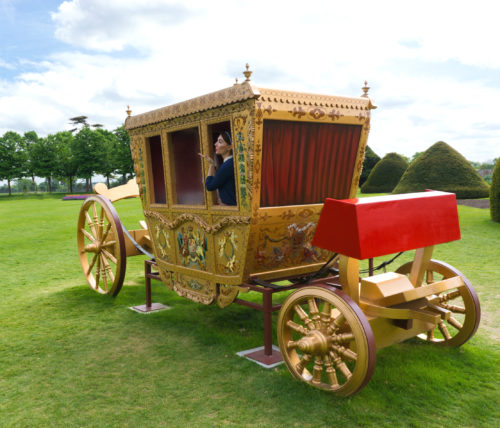 I first became captivated with the splendor of Hampton Court while I was glued to my television watching HBO’s The Tudors. I highly recommend watching  the show, but you may want to skip some of the scenes ;). After watching it, I became enthralled with its history and knew that I needed to visit the Tudor palace while in England. It has quite the interesting history and you can learn more about it here. You will want to spend at least a day wandering through Hampton Court because there is so much incredible history to see. Seeing the Great Hall where King Henry VIII and Anne Boleyn (the second of six wives) famously danced was an exquisite sight to be seen! Henry was so enthralled with Anne that he famously wrote, “Mine own sweetheart … wishing myself (especially an evening) in my sweetheart’s arms, whose pretty dukkys I trust shortly to kiss.” However, after Anne was beheaded, King Henry VIII had every trace of her removed, or so he thought. In the top corner of the Great Hall’s ceiling are their initials, coats of arms, and Anne’s personal badge- a crowned falcon. Tragic for the King, but a splendid Tudor treat for history lovers, like myself! Also for Shakespearean history lovers, William Shakespeare’s company – the ‘King’s Men’ – performed for King James I over Christmas and New Years in 1603-4. After visiting it’s glorious gardens, rooms, Chapel Royal, and more, you will want to visit the Tower of London where King Henry VIII sent Anne Boleyn to be beheaded! 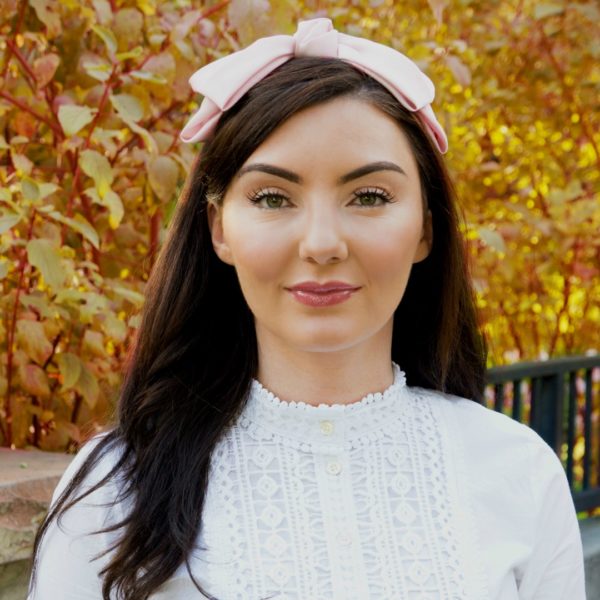